How many of you heard recently about the amazing Woodrat, who can devour a wide variety of toxic plants? That’s interesting on its own, but then consider this: if you transplant Woodrat poop to other rodents, even its unrelated brethren can suddenly eat the same toxic stuff. 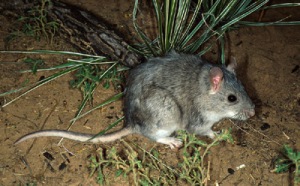 So it seems clear enough: the healthy bacteria found in Woodrat guts are the reason for this animal’s uncanny ability.

That brings to mind an analogy: all those toxic things I used to be able to gobble up — restaurant food, ancient leftovers, just about any foodtruck fare — before I was prescribed a bunch of nasty antibiotics, including Cipro and Levaquin, a class of drugs the FDA has since slapped with “black-box” warnings.

Indeed, ever since my gut flora was blasted to smithereens, I’ve had trouble eating anything but the most well-prepared food. Since it’s impossible to always be careful and cook our own meals, a helpful remedy I learned was to start shoveling down probiotics at the first sign of a problem.

VSL#3 is suitable, due to a wider range of flora. It’s also effective for ulcerative colitis. Another popular brand is a mix of soil-based organisms, Prescript Assist. A third option: Miyarisan Tablets, a Japanese probiotic that contains c. butyricum, which generates its own antifungal, anti-inflammatory butyrate, a short chain fatty acid (SCFA) helpful in IBD. Given the lack of butyrate in guts of people with metaboilc issues, c. butyricum may be able to do even more for us.

Back to our restaurant experience gone-awry, or those leftovers that should have been tossed, the theory behind high dose probiotics is they can often overwhelm pathogenic microbes. True enough, I’ve had it work wonders, but in an acute situation of tainted food, it’s not uncommon for me to gulp down 5X the normal dose of VSL#3 and maybe even re-dose a few hours later.

Since it’s not clear how the body will deal with large doses of soil-based bacteria, I am sparing with Prescript Assist and only take VSL #3, or other brands such as Life Start, which is a single strain (bifido infantis) probiotic, and another multi-strain product, Renew Life Ultimate Flora Critical Care, in larger quantities. Keep in mind Renew Life is enteric coated, which means it’s designed to dissolve in the lower GI tract. Therefore, it’s best to open the capsule before dosing, if you need it to work right away.

I’ve also taken peppermint oil (which i just read is a powerful antifungal), oregano oil, and colloidal silver, when I needed quick relief. These can certainly work well against bad bacteria, but they also degrade the good bugs, so whenever possible I try to avoid herbals and antimicrobials. In the case of SIBO, some upper gut sterilization can be helpful. This is one reason peppermint is recommended for IBS.

An additional approach that may help with a toxic gut is activated charcoal. People who have overdosed on medications are often given this in hospitals, and it can work to mop up a lot of organic toxins quickly. Just be aware it will bind with everything, including whatever medicinal supplements you take with it.

So this is the strategy that’s worked for me. What about your own gut? If you find you’re getting GI issues after eating pretty often, and you never used to have that problem, think back to how many courses of antibiotics you may have had in your lifetime, or — since we get our gut flora from our mothers — how many your Mom may have had, too. You may be developing a condition called dysbiosis, which simply means damaged gut flora. Problems often arise from too few bacteria rather than too many.

What are the potential consequences? About 10 years ago I got sick from restaurant food and landed in the ER several hours later with a 104F temp. They gave me (very ironically) IV Levaquin antibiotics to stop the infection. Take that, Woodrat. 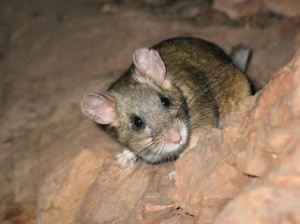 Major problems followed, including POTS (a type of neuropathy), food intolerances, SIBO, plus major brain fog, anxiety, tinnitus and insomnia. For those unfamiliar with the term, I’d been “Floxed” by fluoroquinolones, which I later learned are actually chemotherapy agents, not just antibiotics. Anyone who pops Cipro or Levaquin for minor infections, be very careful.

Had I known of this “probiotic rescue” at the time, I could have been overwhelming the bacteria in my upper gut right away, long before I began to develop a fever. Alternatively, I could have been drinking colloidal silver and taking oregano oil, or peppermint oil. Even turmeric and raw garlic have fairly potent antibacterial qualities.

NOTE: food poisoning can be serious, so by all means seek medical attention if you feel really sick after a meal. All the measures I’ve mentioned can be tried while you’re preparing for a trip to urgent care, so I hope you’ll be waltzing out of the waiting room early, rather than spending the night. 😉 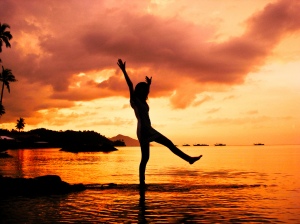 What about longer term solutions for GI health? Probiotics are expensive, which makes sustained use impractical for many of us, and how effective are they at colonizing the gut? Results vary, but many probiotics are barely “waking up” by the time they leave our bodies. How about asking our easy-going friend with the iron-stomach to do a poop-swap? Yes, FMT, as it’s called, is the ultimate flora fix, but restrictions on its use have created quite a few hurdles.

For most of us, the best answer may be simple, age-old wisdom: eat more cultured foods. They have trillions of healthy bacteria, compared to the billions in expensive probiotics, and that flora is awake and ready to go to work the moment you consume it!

You can learn how to make your own Kefir and Sauerkraut HERE.

If you enjoy this blog, you can support my work by buying things you need via this Amazon portal HERE, or by purchasing any product linked in articles. It costs you nothing extra, and helps me continue writing. Thanks very much!

Did you always have clear skin before your gut health changed? Have you noticed the more vegetables you eat, and especially when combined with carbs, like rice and potatoes, the more likely you are to get deep acne, or rosacea, especially to each side of the nose, about 24 hours after eating the offending food?

This has certainly been my experience, and the acne/rosacea/gut connection is a strong one. Sometimes, doing a probiotic retention enema will reduce the inflammation quickly enough to avoid a breakout, but if I can’t catch it in time, the next best thing I’ve found for deep acne is applying organic Lemongrass oil. Sometimes the pimple can be resolved virtually overnight. 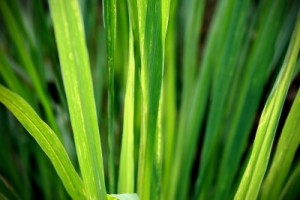 Rather than using it undiluted, which may burn skin, I dilute it 1:4 with a carrier oil, like Jojoba, which can also be found as an organic product. This is the strength I use as a spot treatment, overnight. It’s capable of healing even deep, adult acne. For a facial wash, try 1 drop Lemongrass oil to 50 drops 30 ppm colloidal silver, which is antibacterial and antifungal, and mist on before bed using a pump-spray bottle.

Note: anyone using these oils for the first time should apply a drop of it, diluted 1:4 as you would use on your face, to an area like the wrist, where it can be easily washed off in the event of any irritation. People with sensitive skin, be sure to ask your dermatologist. Topical use of colloidal silver is quite safe, and highly effective against yeasts and fungi, but one should pay attention to dosing guidelines for silver.

The approach outlined above is for acute flares of acne. By far the best longer term treatment, for most people, is to heal your gut. If you have symptoms of SIBO, which can often be associated with tinnitus, too, consider eating a lower carb, low FODMAP diet, and try daily “intermittent fasting” which will allow your body to sweep bacteria out of the small intestine into the colon. People with SIBO have fewer “cleansing waves” than those with healthy guts, so compressing your food intake into two larger meals, spaced further apart, will allow your upper GI tract to become less of a feeding area for these misplaced gut microbes, and encourage them to seek their food sources further down, in the colon, where they belong.

Also, consider adding cultured foods like kefir, raw, organic sauerkraut, and yogurt to your diet, to displace less-friendly bacteria with healthy flora, to protect the gut wall, and nuture other beneficial strains in your upper and lower GI tract. Contrast these approaches to most standard dermatologists who prescribe gut-damaging antibiotics, and which would you rather choose? 🙂

If any of you have your own favorite approaches to acne control, I’d enjoy hearing from you in the comments section. Thanks!